Fire Reminds of the Importance of Alarms for People and Pets 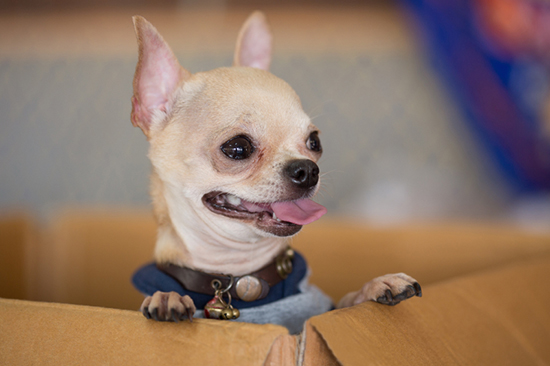 Marion County Fire Rescue responded to a home fire in Citra
last week following a 1:47 a.m. 911 call. They arrived to find the residents
outside the home. Well, all but one. Missing was the family’s beloved dog.

A faulty air conditioner ignited the fire as the family
slept, sending flames up the wall and into the attic. With no monitored fire alarm system,
the homeowners were fortunate to escape after being awakened by a loud noise.
As they stood in the yard, however, the family realized their Chihuahua was
still inside.

Firefighters arrived at the scene and, after initially
searching the house to confirm no human residents remained inside, bravely returned
to the smoke-filled home to search for the missing pooch. Moments later, they
emerged with the frightened, but seemingly unharmed, pet in-hand. The reunited
family was understandably overwhelmed.

According to Pet
Safety Alert, 40,000 pets in the U.S. die in fires each year, primarily
from smoke asphyxiation. “When animals are stressed, they hide from us,
big-time. Because they are small, smoke affects them worse and quicker than it
does a human,” says Fire Lieutenant John Rogers.

For most pet owners, our animals truly are members of the
family. The thought of losing them in a fire is devastating.

Having a monitored home fire alarm system helps protect
people and their pets from fire. The alarm siren wakes residents, giving them a
chance to escape the house while the system simultaneously notifies the call
center to dispatch firefighters. The more immediately these events take place,
the more likely you, your family and your pets are to survive.