Orlando Man Rescued from Condo Fire, Despite No Fire Alarm 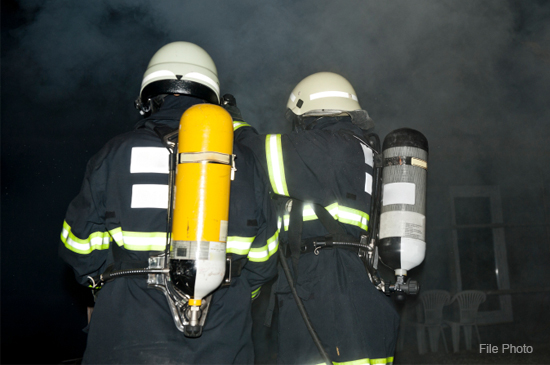 An Orlando resident nearly lost his life last night when a
fire consumed his condo. Without a monitored home fire alarmsystem, the man was fortunate that a neighbor smelled the smoke and kicked
in the door to rescue him.

The fire broke out around 11:30pm at the Hampshire House
Condominiums, just west of I-4. The exact cause has not yet been released by
fire officials, but the resident admitted to accidentally igniting it.

Overcome by smoke, the resident was unable to extract
himself from the home. Fortunately, a Good Samaritan neighbor, identified only
as Daniel, took matters into his own hands – and feet. He kicked the man’s
front door until it broke open and then bravely entered, located the resident
and pulled him to safety.

In another fortunate turn for the resident, fire fighters
were actually en route to the condominium complex on an unrelated medical call
when they saw smoke pouring out of the apartment. They were able to extinguish
the fire within a few minutes while paramedics treated the man for smoke
inhalation. He was then transported to the hospital for additional smoke
inhalation treatment.

Things could have turned out much worse for both the
resident and neighbors in the apartment-style condos. Fires like these often
spread to connected residences. Happening so late at night, many people would
be caught asleep and unable to react.

While most U.S. homes have smoke detectors, a reportby the National Fire Protection Association indicates many are
disconnected, malfunctioning or have dead batteries. According to the report,
nearly one-quarter of fire-related deaths occur in properties in which, “smoke
alarms were present but failed to operate.”

Even when standard smoke alarms do work properly, victims
are sometimes overcome by smoke before they can escape. The alert sound
produced by the smoke alarm is rarely loud enough to get the attention of
neighbors and does nothing to summon fire fighters.

The best solution for protecting your home and family is monitored home fire protection.
With a monitored fire alarm system, a siren sounds inside the home while
simultaneously sending notification to the manned monitoring center. The
monitoring center then alerts fire fighters to rush to the scene. This way, even
when you’re not at home – or worse, you’re in the home but unable to respond,
emergency workers can react quickly.