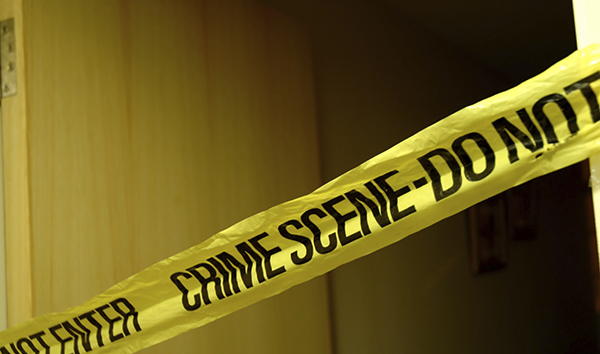 Earlier this month, a home invasion turned deadly at The Palms apartment complex in Orlando. It all started with a knock on the door in the middle of the night.

Around 1:00 a.m., an Orlando resident responded to a knock at his front door. Upon opening it, he encountered a man asking for a lighter. When the victim turned back inside to retrieve a lighter, three suspects forced their way into his apartment, striking him in the head with an unknown object.

The struggle escalated until the victim got his hands on a nearby knife and was able to stab two of the three intruders. Two of the suspects then fled the apartment while the third remained inside too injured to escape. That suspect eventually succumbed to his wounds and died at a nearby hospital. The second injured criminal showed up at a Kissimmee hospital sometime later and was taken into custody by Orange County deputies.

The resident was fortunate to survive such a brutal attack. This unfortunate situation highlights the importance of practicing smart home security, even while you’re at home.

Don’t Just Open the Door to Anyone

You never know when someone might come up to your front door with bad intentions; therefore, it’s crucial you’re able to identify the person outside before endangering yourself or your family. There are a number of steps you can take when you hear a knock at the door.

You don’t have to be out of the house in order arm your home security system. Many people forget to turn on their door and window sensors while they’re still home, making them more susceptible to home invasions.

Not every alarm system comes equipped with video monitoring capabilities, but a good home surveillance system allows you to know what is going on in and around your home at any time. As soon as you hear a knock, you’ll be able to check a monitor to get a clear image of your visitor, or with the right technology, access a live feed on your smartphone – no matter where you are.

Crime Prevention Security Systems is here to help protect Orlando residents from burglaries, home invasions and more. When you’re ready to take the next step in keeping your home and family safe, give us a call. We’ll schedule your free consultation and work with you to provide the perfect system for your needs.